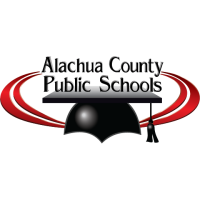 Plans for the massive redevelopment of two local elementary schools have taken a major step forward thanks to the state’s approval of the district’s proposal to demolish sixteen existing buildings at those schools.

“These schools are going to look and feel dramatically different when we’re finished with these projects,” said Paul White, the district’s Assistant Superintendent for Operations. “They’re going to be much higher-quality learning environments.”

Facilities improvements at Metcalfe, Idylwild and schools throughout the district are being funded through the Half-Cent for Schools, which was approved by local voters in November of last year.

Demolishing any public school building in Florida requires state approval, which typically takes seven to nine months. However, Alachua County Public Schools was able to fast track that process, typically known as ‘Castaldi.’ District staff worked with architects experienced in the Castaldi process to pull together the application and hundreds of pages of supporting documents. The team then delivered the applications to the Florida Department of Education in Tallahassee in person and met with its review team.

“We really appreciate the state’s willingness to work with us,” said White. “We got this done in less than four months, which is pretty amazing. This represents a major milestone for the Metcalfe and Idylwild projects.”

With the green light to remove existing buildings, architects hired for both projects can now move forward on designs for the schools. A meeting to get parent, staff and community input on the design for Idylwild has been set for next week, Tuesday, August 27 from 5:30 to 7 p.m. in the school’s cafeteria. An input session for Metcalfe is being scheduled.

A Castaldi application for Howard Bishop Middle School has also been submitted to the state, requesting permission to demolish eleven buildings on the campus and replace them with new construction. That includes classroom buildings, a technology lab, computer room, cafeteria and restroom buildings.